Have I not commanded you? Be strong and courageous. Do not be afraid; do not be discouraged, for the Lord your God will be with you wherever you go.”
Joshua 1:9

Joshua the successor of Moses, son of Nun, of the tribe of Ephraim, was the commander of the Israelites in the battle against the Amalekites. He was one of the 12 explorers sent by Moses to the land of Canaan and the only one, along with Caleb, to bring an encouraging report. His original name was Hosea or Hoseas, Moses changes his name to Joshua which in Hebrew means Yahweh saves or Yahweh of salvation. Jehovah chooses him as an instrument to carry out his plan to conquer the promised land. Joshua conquered Jericho by order of Jehovah when he played the trumpets (the Shofarin) his walls fell. Joshua made Jehovah stop the sun. Joshua divided the conquered territory among the tribes of Israel.

Jehovah encourages Joshua by saying: See that I command you to strive and be brave. Why? we wonder, right, let’s think for a moment. Joshua was with Moses hand in hand since they left Egypt, time where he was growing, training, developing as a leader, as a good warrior. But Jehovah encourages him and says to him: strive, be brave, do not fear and above all do not faint. Now Joshua had to introduce the Israelites to the land flowing with milk and honey. 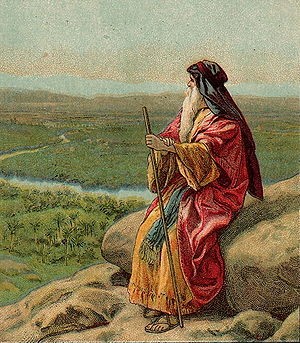 12 Then the Lord said to Moses, “Go up this mountain in the Abarim Range and see the land I have given the Israelites.13 After you have seen it, you too will be gathered to your people, as your brother Aaron was, 14 for when the community rebelled at the waters in the Desert of Zin, both of you disobeyed my command to honor me as holy before their eyes.” (These were the waters of Meribah Kadesh, in the Desert of Zin.)

15 Moses said to the Lord, 16 “May the Lord, the God who gives breath to all living things, appoint someone over this community 17 to go out and come in before them, one who will lead them out and bring them in, so the Lord’s people will not be like sheep without a shepherd.”

18 So the Lord said to Moses, “Take Joshua son of Nun, a man in whom is the spirit of leadership, and lay your hand on him. 19 Have him stand before Eleazar the priest and the entire assembly and commission him in their presence.20 Give him some of your authority so the whole Israelite community will obey him.

Jehovah wanted to be sure that Joshua did not lose heart because now he was the one who was going to lead the Israelites, Moses was already close, but for a few minutes, a few seconds he lost his mind, lost his strength, he hurried, did not stay, He did not resist the children of Israel and that led him to not enter the promised land, he could only see her from a distance. 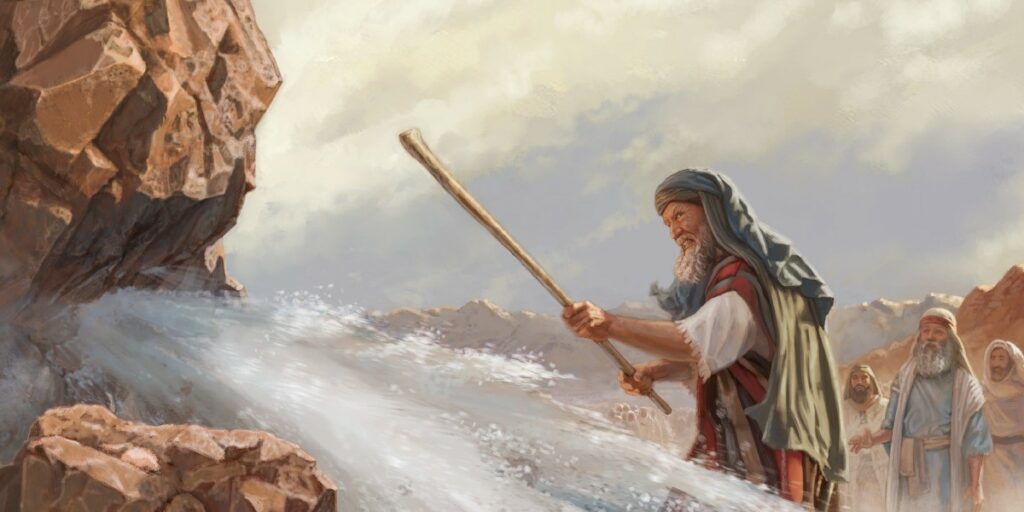 7 The Lord said to Moses, 8 “Take the staff, and you and your brother Aaron gather the assembly together. Speak to that rock before their eyes and it will pour out its water. You will bring water out of the rock for the community so they and their livestock can drink.”

9 So Moses took the staff from the Lord’s presence, just as he commanded him. 10 He and Aaron gathered the assembly together in front of the rock and Moses said to them, “Listen, you rebels, must we bring you water out of this rock?”11 Then Moses raised his arm and struck the rock twice with his staff. Water gushed out, and the community and their livestock drank.

12 But the Lord said to Moses and Aaron, “Because you did not trust in me enough to honor me as holy in the sight of the Israelites, you will not bring this community into the land I give them.”

51 This is because both of you broke faith with me in the presence of the Israelites at the waters of Meribah Kadesh in the Desert of Zin and because you did not uphold my holiness among the Israelites. 52 Therefore, you will see the land only from a distance; you will not enter the land I am giving to the people of Israel.”
Deuteronomy 32: 51-52

God also encourages you and tells you: Strive, do a little push, a little more force, be insistent, be brave, do not be cowed, do not fear, or faint, do not collapse, do not be discouraged, do not lose Forces I will be there to give you courage, valor, strength, just sanctify me.